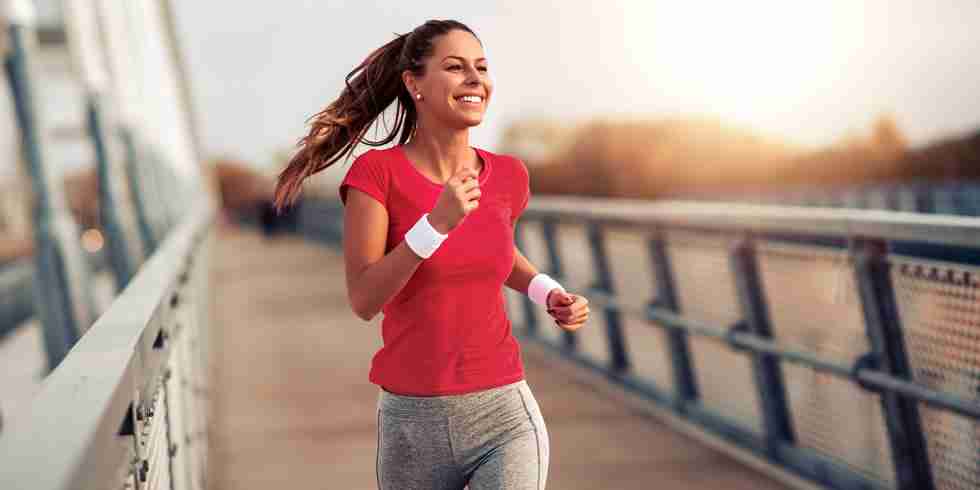 For many of you, it isn’t running a marathon that’s so daunting; it’s training for it that puts you off. Who has the time to train every day, to log hundreds of miles over several months, to dedicate so much of one’s life to this goal?

Fortunately, marathon training doesn’t have to be a grind. By running for about 30 minutes, two times a week, and by gradually increasing the length of a third weekly run, you can work up to a successful marathon in just a few months.

This is the program we use in my marathon training classes around the country. In truth, I’ve learned much more from working with novice runners than from my own experience at the Olympic level. During my first two youthful decades of running, I basically tried to cram in as many miles as possible in hopes of running a good marathon.

During my last two decades of coaching, I’ve helped thousands of runners run good marathons by going in the opposite direction-toward less mileage. Sure, many run 4 to 5 hours on race day, but they’re thrilled to achieve something they never thought possible. Here’s how they did it.

The distance of your first long run should be 1 mile more than your longest run in the preceding two weeks. On weekends, when you don’t have a long run scheduled, do either a race (10K or less) or an easy run of about half the length of your current long run.

I did it his way

A little personal history: In the early years of my marathon-ing, I used to think I hit the wall at the 20 mile mark because I didn’t run enough miles. So I kept increasing my weekly total. Over two years in particular (I remember them well), my mileage went from 100 to 120 to 140 miles a week. Even with all that training, I still hit the wall at around 20 miles. (Even at 140 miles week, 20 miles was the longest run I would do in training.) After finishing 11th in the 1971 Pan-American Marathon Trials, I was talking about my 140-mile weeks at a post race party.

That evening, I overheard Kenny Moore (who had finished second) saying he’d never run a 100-mile week in his life. The key to his program: a slow 30-miler every two to three weeks leading up to the marathon.

In my training for the Munich Olympic Trials the following year, I tried Kenny’s plan of running less overall mileage but with a 30-miler every two to three weeks. Result: I tied for third at the U.S. Trials in much tougher competition than the year before. And I’m proud to day, that in the 60 marathons I’ve run since, I never hit the wall again (except in a couple of marathons when I went out way to fast.)

Which is why I am a believer you should work up to a long run equal to the marathon race distance or even a little farther. This gives you the endurance and confidence necessary to finish the marathon. Keep in mind that you should do these long training runs at least 2 minutes per miles slower than you could run that distance on that day. In general, the slower you run, the faster you’ll recover. Yet, it is my belief that you receive the same endurance benefit as when you go fast.

Whey you run at the same pace using the same muscles mile after mile, you fatigue more quickly than if you take an occasional break.  Inserting a 1- to 2-minute walk every mile or so can literally erase the fatigue accumulated over that mile. These breaks take the workload off the main running muscles, allowing them to recover. This way, you have more left in your legs at the end of the run.

Walking breaks give you a better chance to take in fluids, too, which is critical in a marathon. The pace of your walking break is up to you, but you need to do it consistently and from the beginning of the run for maximum benefit. Remember that you only lose 15 to 20 seconds when you walk for a minute, because you’re till moving forward.

With this low- mileage training plan, the two 30-minute midweek runs help you maintain the endurance gained from the long run. Do these with or without walking breaks (your choice). If you already run more than twice during the week, you can certainly continue to do so. Just be sure you’re recovering adequately, especially after the long run. I believe even sub 3-hour marathoners can benefit from at least two days off a week. On your non running days, consider doing some cross-training. This will give your conditioning an extra boost. Especially during the latter stages of your marathon buildup, stick with activities that won’t pound your legs.  Swimming, inline skating, cycling and water running are good choices. Go extra easy on the day before and the day after your long run. If you cannot make time for cross-training at all, don’t worry about it.

As always, find some company

If you don’t have a ready group of runners to go with, try to hook up with some. Running with others has helped countless runners stick with their training. At a slow, easy pace, you’ll be able to joke, tell stories and enjoy the company. This will make the “journey” of training perhaps as memorable as the marathon itself. And maybe you’ll get to run with some of these training friends on race day. Such is the low-mileage marathon plan. It doesn’t require any speed sessions (unless you want to do them), it doesn’t require you to put in high mileage, and it doesn’t require you to run every day. Most importantly, it’s doable. Even a casual fitness runner can look at this program and say, “ I can do it.” And that runner would be right. 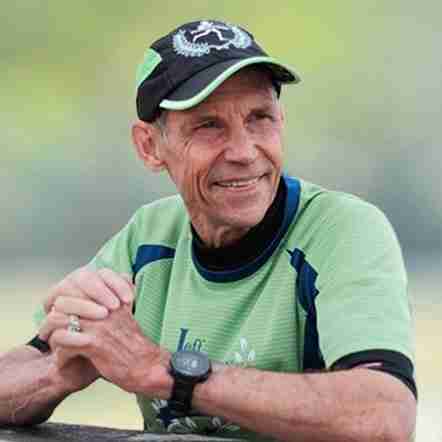 Jeff Gallowayhttp://www.jeffgalloway.com/
Jeff Galloway is an American Olympian and the author of Galloway's Book on Running. A lifetime runner, Galloway was an All-American collegiate athlete and a member of the 1972 US Olympic Team in the 10,000 meters. He remains a competitive athlete, continuing through a successful masters running career.
RELATED ARTICLES
Run

Spinning is the Best Cross Training for Runners