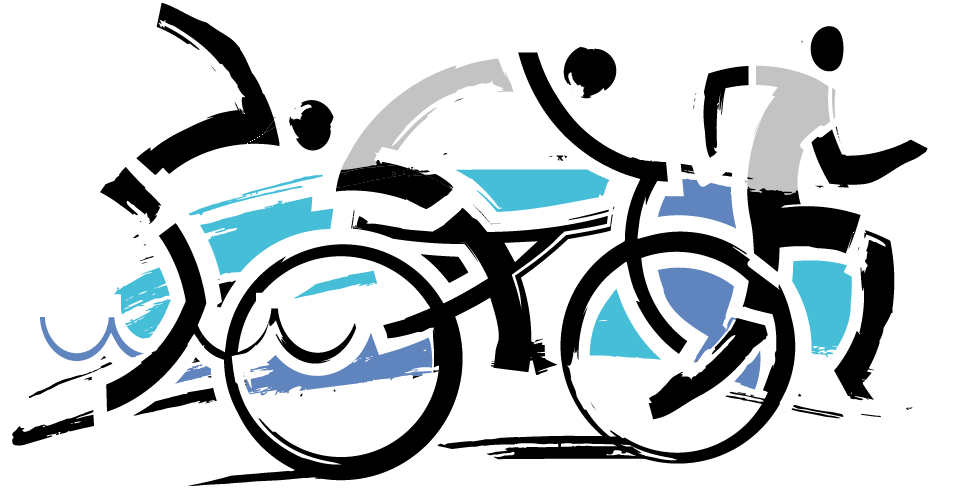 There are four main distances for triathlons, starting with the shortest distance, the Sprint Triathlon, all the way to the longest official triathlon, the Ironman. The Half Ironman is sometimes called the 70.3 and the full Ironman is sometimes called 140.6 which represented the total kilometers of the race. Swimming is first, followed by the first transition (called T1), then on to the bike, followed by the second transition (called T2), and then finally a run to the finish!

Mileage does not include transitions, which can sometimes include a few extra yards running from one discipline to the other.

The sprint triathlon is a great starting point for beginners and also for more advanced triathletes looking to improve their time. This distance is one of the most popular given it’s broad reach and the ability for most people to do it. The swim can be done in either a pool or body of water such as a lake or ocean.

The average time for the sprint triathlon is under 1 hour for professional athletes and between 1 hour – 2 hours for amateur triathletes.

The Olympic or International triathlon is a standard competitive distance, and as the name suggests it’s the distance run in the Olympics and collegiate competitions.

The average time for the Olympic or international triathlon 2 hours or less for professionals and between 3 hours and 5 hours for amateurs.

The half Ironman distance

The average time to finish the Half Ironman is around 4 hours for pros and between 5 – 7 hours for amateurs.

The Ironman distance, aka the ‘Full Ironman’ is considered the epitome of the triathlon races, being the most popular long distance triathlon event.

Hazen Kent
Joe is a collegiate swimmer who has been competing in triathlons for over 5 years, including sprint, olympic, and Half Ironman Distances. He loves open water swimming, lifting, and trail running as well.
RELATED ARTICLES
General Tri