HomeSwimHow to Train for the Swim Portion of the Triathlon
Swim

How to Train for the Swim Portion of the Triathlon 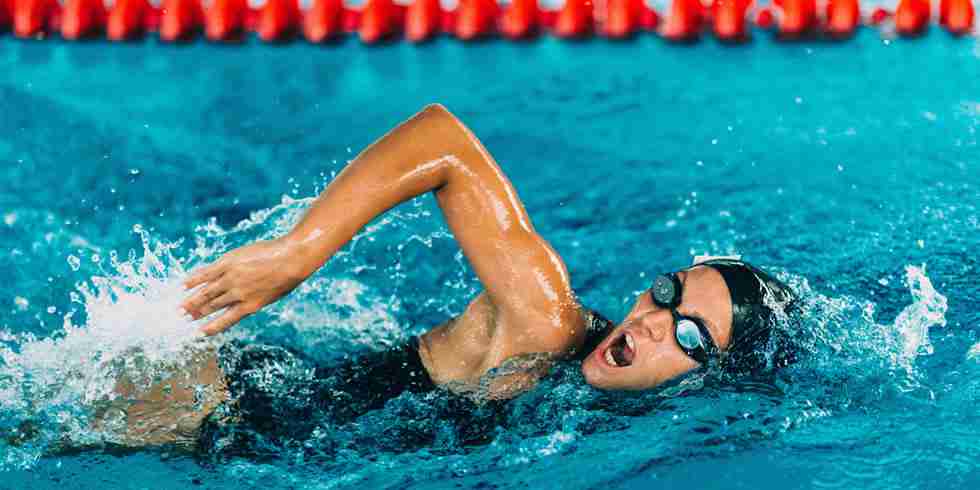 Most triathletes, regardless of their swimming ability or background, feel the only way to achieve swimming speed, in an effort to improve their overall triathlon performance, is to swim harder and faster during the swimming workout. But if you are not careful, training too hard can adversely affect your overall triathlon-training regimen.

So training hard is bad?

If you are a competitive swimmer, not necessarily, for much of your training will consist of hard, anaerobic, interval based training. However, you must remember, you are not a competitive swimmer, regardless of your background or ability. You are a triathlete and should be thinking, training and racing like a triathlete. Therefore, as a triathlete, training like a swimmer, hard and anaerobic, can negatively affect your overall aerobic fitness level as well as your over all performance in a triathlon.

That is not to say swimming isn’t a difficult sport. Even swimming easy may actually be difficult and seem hard to an individual with little or no swimming experience. And occasionally, speed work, which does consist of hard swimming, is necessary and beneficial to overall improvement. But, the majority of the swim workout for a triathlete should be long, comfortable and relatively easy…you know…AEROBIC! And here lies the difference between the swimmer and the triathlete training for the swim.

To begin with, it is a simple fact – competitive swimmers swim hard and fast in workouts in order to swim fast in a swim meet. They push their heart rates to maximum levels, and do so for a majority of the workout. As so often is the case, triathletes will join a masters swim program made up of primarily competitive swimmers and without knowing any better, train according to their needs. Therefore, they too will swim fast during workouts pushing their heart rates to their maximum level in order to improve the swim leg of a triathlon, as well as, their overall triathlon performance.

When a swimmer competes in a swim meet, he or she may swim three or four events over the course of an eight hour day with the average event lasting anywhere from 25 SECONDS to 2 MINUTES! They will swim each event, climb out of the pool, dry off and REST, until their next event – sometimes two hours later.

Unfortunately, a triathlete cannot afford the luxury of resting after the swim portion of a triathlon. Come race day, a triathlete will perform the swim leg of a triathlon at a fast pace (based on their training), exit the water running, strip off a wetsuit, pull on a pair of cleats and helmet, hop on a bicycle and head out on the road. Not only does the triathlete not get a chance to rest after the swim, he/she will most likely perform the cycling leg with a heart rate considerably higher than the rate at which they typically train on the bike. A physiological factor that can negatively affect the upcoming run and overall racing performance.

During my early years racing in triathlon, I fell into an all-to-common habit for many “swimmers:” I would go all out on the swim, hang on during the bike and bonk during the run, only to spend the post race celebration with an IV of saline stuck in my arm. But, in defense of my pasts performances, and based on my past knowledge of swimming, I only knew of one way to train. My frustrations led me to consider quitting triathlon all together. But I felt like there was an answer. After seeking the advice from my old swim coach, and some deductive thought, I realized….

Wouldn’t it seem logical for a triathlete competing in a triathlon to slow his/her swim pace down conserving their energy for the bike leg? Makes sense, doesn’t it? This can only benefit his/her cycling and running performance of the triathlon. And if your racing is a direct result of your training, then doesn’t seem make further sense to a base your training accordingly?

Let’s explore this a little further.

Say you are a 40 year old individual and you have been preparing for your first triathlon of the season. For the past eighteen weeks, your training has looked something like this…

Everything has been clicking. Your running and cycling have been right on and you have been swimming faster than ever! Come race time, you are ready. The horn sounds the race begins and off you go into the water. At the close of the swim, you exit the water, glance down at your heart rate monitor and notice it is reading 175 bpm. Upon beginning the bike leg, your heart rate is now 50 beats per minute above your average bicycle training rate of 125 bpm! Fortunately, within a mile or two into the ride your heart rate will drop, but probably not the full 50 beats. More than likely, it will settle in at about 145-155 beats per minute for a 20-30 beat recovery. Now, if this were an Olympic Distance triathlon, you would be riding the 25 mile/40k bike coarse with a heart rate still 20-30 beats higher than your training rate! And this could mark the beginning of the end, and you will probably pay the price on the run.

Now, let’s stop here for just a moment and think about this scenario. You have been training for this race diligently for eighteen weeks and your average bike training rate has been around 125 bpm. Now that it is race time, you are riding the 25 miles coarse with your heart rate at 145-155 bpm.

Looking back, how many rides did you actually go on during your eighteen weeks of training where you road the entire ride at a rate of 145-155 bpm…and kept up that pace up for 25 miles? Perhaps during a speed work session doing sprints…but the entire 25 miles? And even if you believed you could train at that heart rate level, attempting such a task would most likely leave you burned out or worse…injured! Based on this scenario, do you see how you might be exhausted or even finished by the time you begin the run?

And it all began with the swim!

Now, let’s go back and recreate this scenerio, but change a few of the components. If you were to exit the water in the same race with your heart rate closer to 140 or 150 beats per minute, and you recovered the same 20-30 bpm during the bike ride, your heart rate would settle in somewhere between 120 and 130 bpm – your normal bicycle training rate! Wouldn’t this leave you better prepared for the run and your training rate of 135 beats per minute?

Therefore, in answer to our original question above, yes, it would seem logical for a triathlete competing in a triathlon to slow his/her swim pace down conserving their energy for the bike leg. This could only benefit his/her cycling and running performance of the triathlon.

And if your racing is a direct result of your training, then it makes further sense to base your training accordingly.

So tomorrow morning, before you push off the wall to begin that impossible freestyle set, ask yourself one question…

Do I want to be a fast swimmer, or a fast triathlete?

Hopefully, you will not make the same mistakes I once did and choose the former. 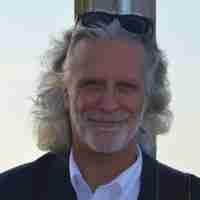 Hazen Kent
As a former All-American swimmer, Hazen has spent many years as a competitive triathlete and coach of both triathletes and swimmers.
RELATED ARTICLES
Gear

What Equipment Do You Need To Start Swimming