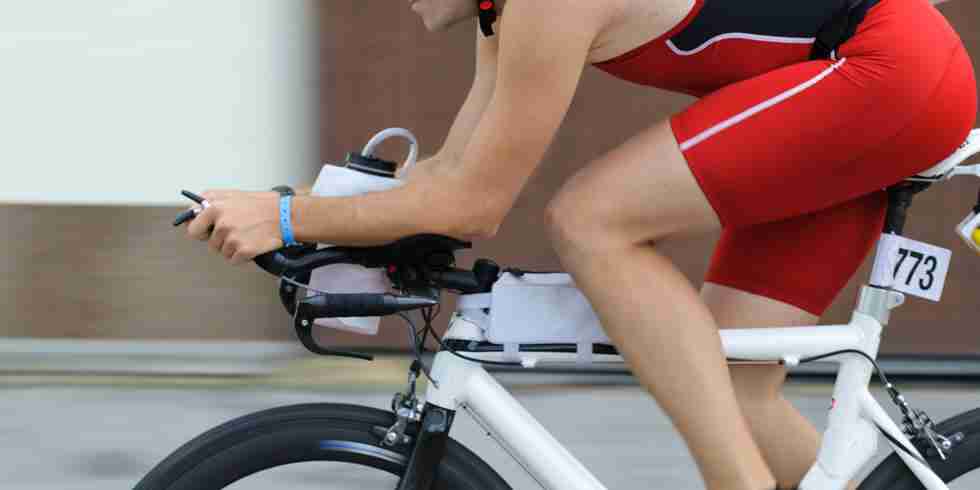 If you are an elite or top age-group racer, then aerodynamic positioning and equipment should be important to you. But what about the “average Joe” who rides under 20 mph, or even 16 or 17 mph?  Will better positioning and equipment really make a difference? That is something I was challenged to find out, as customers always ask that question trying to justify spending their money on some new gadget that has become available.

On various “forums” on the internet there is rampant speculation about aero effectiveness when positioning and equipment such as disk wheels are applied to very average racers.

I set up some guidelines to work in and began a search for my test mule. I ran a small ad in Bicycling magazine looking for volunteers for this project, and about 1200 people had sharp enough eyes to find the ad and reply, so we weeded our way through the applicants.

My volunteer ended up being a young man from Texas who had no cycling background other than riding around the neighborhood with his wife. Because of the onset of middle age and some encouragement by his wife, “Joe” had decided to give cycling a go.

Our victim was about to buy a bike anyway so after talking with him he went out and made his purchase. Part of this deal was that after riding for 1 week he would go out and ride a conscientious 26 mile time trial.  We had talked about how to have some controls in place so the test meant something, trying for very similar wind conditions, temperature and time of day. He would be repeating this test the following weekend so the numbers would be pretty comparable.

Joe had chosen a new Raleigh road bike that fit into his budget; it had an aero down tube and was outfitted with Profile aero bars.

His local bike shop had set him up so he was race ready, all he needed was a few hundred miles of training. Our young racer showed up at the Texas A&M wind tunnel to learn how we developed more speed.

Before I started on him, I had to finish up some work I was doing on another local Texan, Lance Armstrong. This gave Joe a chance to see what things we did to the top riders and make some observations about his bike setup.

We finally started on Joe and the first thing we did was establish a base line of performance. Joe could average about 150 watts for the 26 mile ride so with that we needed his aerodynamic drag to predict his improvements.

Putting the bike in the wind tunnel just as it had been ridden 2 days earlier, we found that Joe and his bike had an aerodynamic “drag” of 8.050 pounds. That was using his aero bars in the position he was originally set up on.

The next thing we did was to tell Joe to do anything he could think of using his original equipment to get more aero. He thought about it after having watched us work with Lance and made some changes to his bike.

His efforts netted him some good gains and lowered his drag down to 7.614 pounds, which would have made him just over 1 minute and 18 seconds faster. That was very encouraging and also was going to make it pretty hard on me.

What is the best Aero Position

This story is not just about me “blowing my own horn”; I wanted to show how effective wind tunnel work can be.

Fortunately, I was able to improve Joe’s position further, while keeping him in a powerful and comfortable zone. I lowered his aerodynamics to 6.580 pounds using only his original equipment, by tweaking his elbow width, setting his hand and bar height, and adjusting his loose clothing and knee position. His new time potential was 1:16.14 so I was really looking forward to his real world test in the next few days.

Why Does a Better Position Increase Time

To understand why positioning and equipment made such a difference, I am going to start by explaining drag.

Aerodynamic drag is measured in pounds per square inch, which means that for every inch of you or your bike that is exposed to the wind, there is a pound of resistance pushing against you. We reduce drag by making you “smaller” (e.g., tucking in so that less of you is exposed to the wind) or by making you and the bike “smoother” so that the oncoming air flows around you better.

With less drag, you will go faster because your effort is contributing more to your speed and less to pushing a bigger object through the wind.

We reduced Joe’s aero drag by over 30%, however the real test came out on the road. A few days later the weather cooperated and our racer went to the course. He set a time of 1:16:30, but blew up a little early because of too much enthusiasm. We all thought this was a pretty successful test and was indicative of the results we generally see. You always have to train hard and train smart, but there is technology out there that will really help you. Not everyone can go to a wind tunnel to get set-up, but everyone can ask questions and read the various technical articles to improve their riding.

The Best Cycling Helmet for Triathlons in 2023